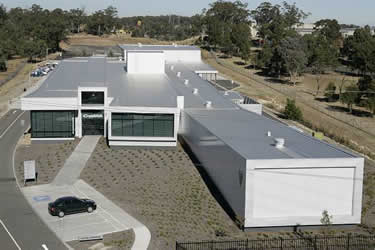 Crashlab conducts frontal offset, side impact and pole side impact testing on behalf of ANCAP.

The crash barrier features a 480-square-metre central crash hall, 180m of fully enclosed concrete runway and a movable 110 tonne crash reaction block. A further 30m of uncovered runway leads out into an outdoor area where vehicle roll-over and road safety barrier tests are conducted. The DC drive control system can accurately and safely accelerate an eight-tonne truck from rest to 80km/h or a three-tonne vehicle up to 110km/h.

Crash test dummies are known as anthropomorphic test devices. Dummies are highly sophisticated instruments that carry an extensive set of sensors to measure the forces and accelerations in a crash. They mimic the dimensions, weight distribution and joint articulation of the human body and are capable of measuring the forces on the body in a vehicle crash.

Crashlab has a large family of crash test dummies, representing adults and children of various sizes. They are used in vehicle crash tests to determine the risk of injury for human occupants. Child dummies are used to evaluate the protection provided by child car seats and booster seats.

A vehicle crash is a violent and rapid event usually occurring in less than half a second. The loads and forces that result in serious occupant injury often occur in the first one-tenth of a second. Measurements and data generated from the dummies in a crash test are captured rapidly on sophisticated recording instruments.

For any enquiries, please email crashlab.enquiries@rms.nsw.gov.au