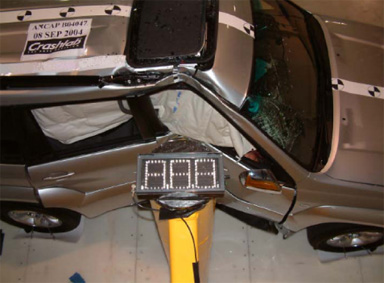 Side airbags are an important safety innovation and help protect occupants in side-impact crashes. These often occur at intersections or when a vehicle veers off the road and crashes side-on into a pole, tree or other object. Side airbags also offer protection in roll-over crashes or when two vehicles have an adjacent angle crash. Research in the US has shown that side and curtain airbags can reduce the risk of casualties in crashes by 45 per cent.

In most cases, these protect the heads of both front- and, back-seat occupants during a side crash. When deployed, they form a cushion between the occupant's head and the window. They may also offer protection when vehicles roll over.

These protect the body from the shoulders to the hip. They are often fitted for front-seat occupants, but depending on the manufacturer, may also be included for rear seat occupants. They are deployed from the seat or the door to form a cushion between the occupant’s torso and the door panels and vehicle body.

This system protects the head and the body from the shoulders down to the hip and is typically provided for front seat occupants only. They are located in a similar position to the torso airbags, but are larger as they protect the head and torso.

It is important to confirm with a vehicle’s manufacturer the exact type of protection provided by the side airbags. Side airbags that protect the head and torso for both front- and rear-seat occupants offer the best protection. A combination of curtain airbags and torso airbags offers better protection in roll-over crashes. 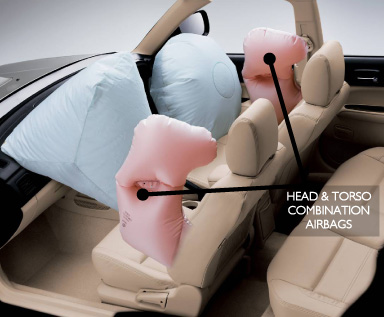 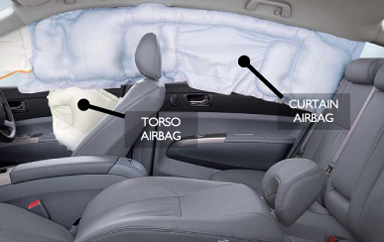 Vehicle cabin crushed by a pole test at 29km/h.
Image supplied by Crashlab. 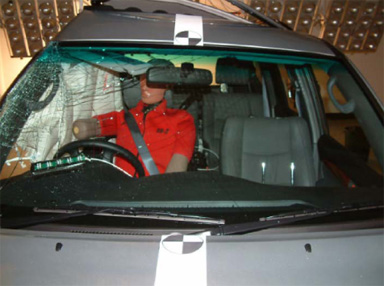